January 2020 kicked off with two very important campaigns in the craft cider world that we couldn’t be more pleased about:

The month of January closes out with one of our favorite events of the year – CiderCon, being held in Oakland, CA this year – in conjunction with the inaugural Bay Area Cider Week.

Why we attend CiderCon

It’s true, there’s a conference / gathering for every type of interest and industry out there. This year will be our 4th year attending the industry gathering.

Being the annual meeting for the American Cider Association, it’s most definitely a more industry focused event, featuring multiple educational tracks, this year’s being:

Cider enthusiasts and writers like ourselves attend to keep on the pulse of trends and key changes in the industry. Due to my ‘day job’, I’m consistently drawn to the marketing and branding topics, while our Chief Cider Curator and primary cider taster, Matthew, focuses on the cider making, sensory and tasting sessions.

You can register to attend the #CiderCon full lineup of conference workshops, general sessions and tasting events here. Some additional fees may apply, and a limited number of Trade Show only passes are available.

Since CiderCon changes location every year, the lasting impact it has in each host city has been the creation of an annual cider week celebration that takes advantage of industry leaders being in town to host pairing dinners, special events like tap takeovers and trivia nights at local dining and drinking establishments.

We’re especially looking forward to visiting Redfield Cider bar for the first time, as it was opened by Mike Reis and Olivia Maki (pictured above). Mike and Matthew attended the same Oregon State University course in Cider & Perry Production (Cider Institute of North America – CINA certificate program) back in 2016, which set us on the course to start this site.

Bay Area Cider Week officially starts on Saturday, January 25th and runs through Sunday, February 2nd, with multiple events happening every night around East Bay, SF, North and South Bay. Which unfortunately means, from a practical and logistical point of view, you’re forced to pick between equally compelling but competing events that can be quite some distance from each other.

For example, here’s the current locations of all Bay Area Cider Week events as of January 15th:

(Google map opens in new window, save to your collection!) 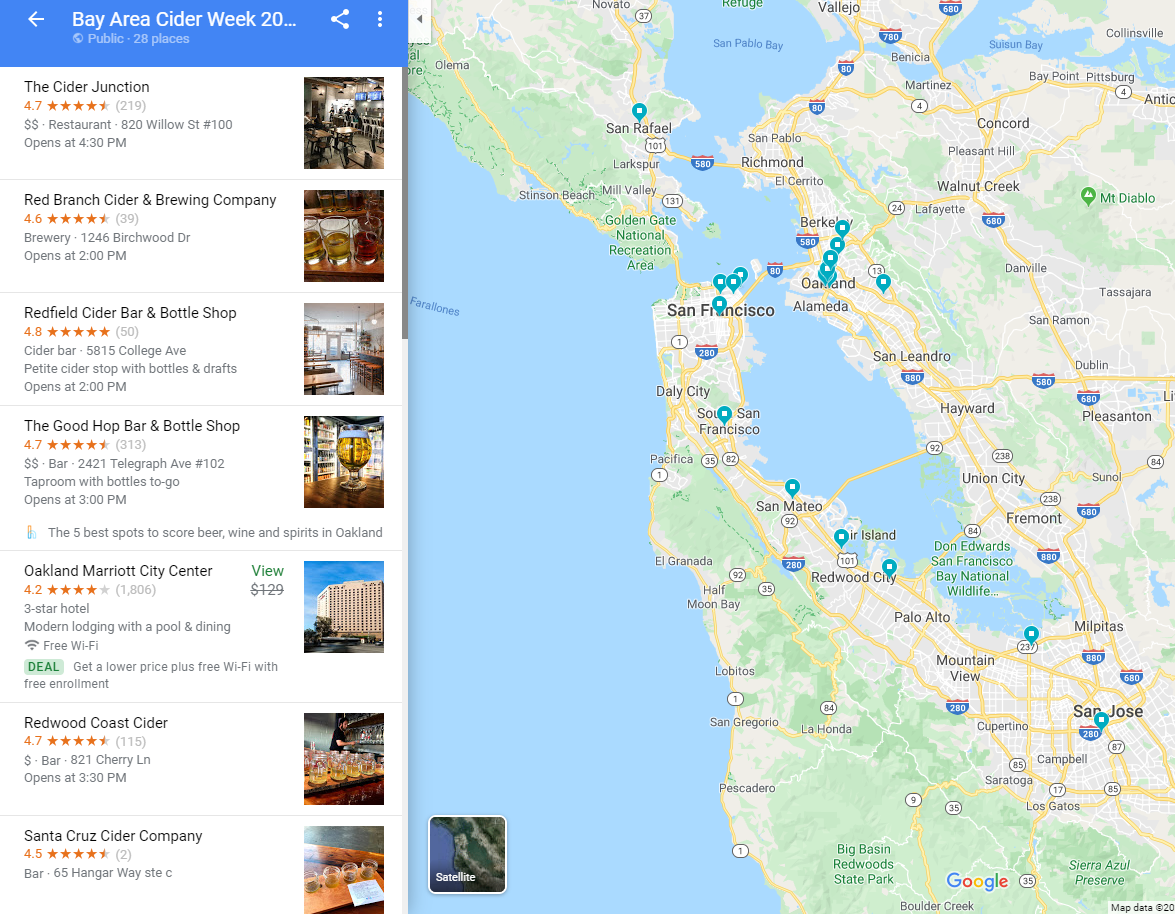 From experience, we know we’re relatively unlikely to make it to more than two events in any given evening, especially if we attend more formal pairing dinners with multiple courses and tastings led by the featured cider makers.

We’ve learned that if we miss one event at a certain taphouse early in the week, we’re still likely to find ourselves trying those featured ciders at that location later in the week. On occasion, if there’s two concurrent events we really want to go to, we’ll divide and conquer.

We also know that as much as we want to, it’s always better if we don’t plan to attend the entire week of events – our palettes, our wallets, and our livers are grateful for this reprieve and attempt at moderation. Although, in looking at the lineup, there’s admittedly a pang of sadness in realizing a Paella and Cider dinner is on Monday night, but we’re not scheduled to fly in until Tuesday morning.

So to fill our evenings Tuesday through Friday, here’s are the most likely events we’ll hit, subject to change of course – but those that require pre-purchased tickets we often prioritize. You can find the full list of events here. It has been our experience that the list of events continues to grow in the days leading up, so we’ll try to keep you updated.

An ambitious lineup for the final night, but if we pace ourselves, we’ll make an appearance at each of these events:

A little brunch before we take off in the afternoon at one of the following places:

Presented in partnership with the American Cider Association. 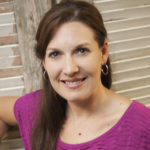 Elisabeth Osmeloski
Cider taster and wine enthusiast. Learning the hard cider industry one day at a time and enjoying the ride as we travel to discover new craft ciders.
https://hardciderreviews.com

February 8, 2017December 20, 2017 HardCiderReviews.com
While it's the 7th annual CiderCon hosted by the United States Association of Cider Makers, it's our first time attending

November 15, 2017January 2, 2019 Matthew Ostrander
Every year we have an event that takes us to New York City in the fall. You can imagine my